Where I’m coming from:

I’m a fourth generation wholistic health care provider. My father, both grandparents and great grandfather were all Chiropractors – so the integrative, body-mind approach to health care is in my blood and was part of my upbringing. But when I really became interested in helping people get past pain to achieve their dreams was after a prolonged period of severe back pain. It helped me understand the frustration and fear that people with pain are facing. There’s so many experiences available to us, we just can’t have pain getting in our way.  Pain can also keep us from being our best self with our friends and family and prevent us from sharing our beauty and our gifts with a world that needs those things.

I believe increasing our own health increases the total health of our community.

In 2004 I completed a 1000 hour training at the Brian Utting School of Massage and received my massage license.  In 2015 I became certified in Orthopedic Massage by the Orthopedic Massage Education and Research Institute.  In 2017 I converted that certification to a Clinical Rehabilitative Massage Specialty Certificate, because the latter is recognize nationally as the most comprehensive and advanced massage training available in the United States.  I’ve had trainings in Structural Integration and Trager. I’m currently working to enhance my research literacy.

A bit more about me:

I worked on a Forest Service trail crew and as a laborer at the South Pole station in Antarctica. I’ve lived in Darrington, Washington since 1992. I built my own home here (with my sweetie, Tom) and grow much of the food we eat.  I love backpacking and have walked across Washington state (north-south, maybe east-west is in our future).  I also love my community and enjoy helping out with community projects…like the North Mountain lookout restoration.

I love living in a body in a world full of sensation. 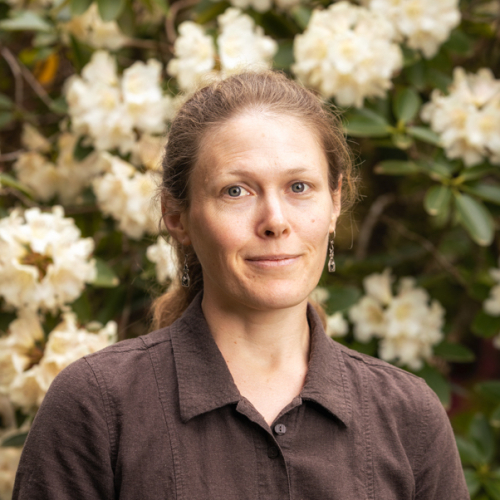 A bit more about what I believe:

I like science.  I think it’s important to be informed by the limited evidence we have available.

I also like that he said, “The thinking that we used to get into this mess isn’t going to get us out of it.”

Our world faces a crisis as yet unperceived by those possessing power to make great decisions for good or evil. The unleashed power of the atom has changed everything save our modes of thinking and we thus drift toward unparalleled catastrophe. We scientists who released this immense power have an overwhelming responsibility in this world life-and-death struggle to harness the atom for the benefit of mankind and not for humanity’s destruction. We need two hundred thousand dollars at once for a nation-wide campaign to let people know that a new type of thinking is essential if mankind is to survive and move toward higher levels. This appeal is sent to you only after long consideration of the immense crisis we face. … We ask your help at this fateful moment as a sign that we scientists do not stand alone.’

I believe that all pain can be described as essentially being a lack of motion.  Stuck tissues hurt. The body (and spirit) wants to move. It’s hard to distinguish between pain and fear.  Fear immobilizes us. I’m not talking about conscious fear, but that works the same too. Sometimes its fear that is deeper and living in your tissues, which happens after injury, after the tissue is healed but the pain and limitation are still there.  The scientific way to say this is that the neural pathway needs to be built up or rebuilt and that the nervous system has sensitized the area to be more reactive to lower levels of stimulus.

I like nature.  Her answers are elegant in there simplicity, yet the many connections any one answer or action has are mind boggling in there complexity.  Take this idea of alignment. The number of factors that influence the position of one vertebrae are legion and that’s just in a static position. You can’t keep all of this in mind while you’re out gardening, but you can ask yourself, “Am I at ease?” “How could I be more at ease?”  You can ask this while you’re splitting wood or running, or anything you like.